Field Notes from the Magdalena Mountains, NM By Sigrid McCabe

(One of the things that most excites me is learning something new about the wilderness. Or observing something for the first time. This is where most of my work comes from.)

For the last 10 or so years of driving up and down a canyon road I have noticed that the Roadrunners seem to be moving further up in elevation. I see them crossing the road at least 100 to 200 feet higher up the mountain from a decade ago. Might this be a result of a warming planet? The Gambrel Quails seem to be doing the same.

Hearing a distant but thunderous clacking overhead. About a half mile directly above us hundreds, maybe thousands of Sandhill cranes were joining into one humungous flock by flying towards each other in two massive spirals. Once they became one big swirl, they headed east towards the Rio Grande over the Magdalenas. Sandhill Cranes have been around for millions of years. They may have even witnessed volcanos in this area!

Canines and Corvids hunt together. Using their keen vision, Ravens will vocalize to alert Coyotes when prey (or carrion) is nearby. Once the coyote is on the scent, the ravens go silent. Coyotes will then share the prey with the ravens. Ravens clean and the site, which they make ready for the insects, bacteria and fungi.

About 9 pm. driving home up the canyon saw 3 young Mountain Lions crossing the road (I imagine following their mother.) Their path followed alongside a large arroyo up the mountain. They walked in an unhurried line formation within inches between heads and tails. They still had their camouflage spots! 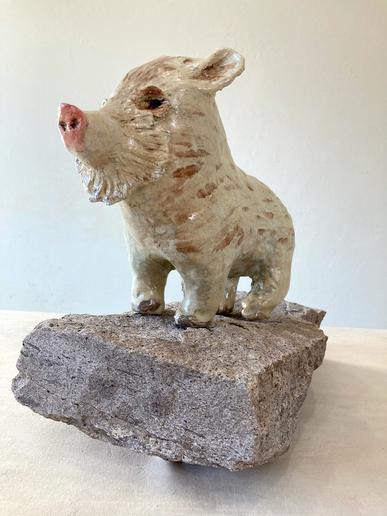 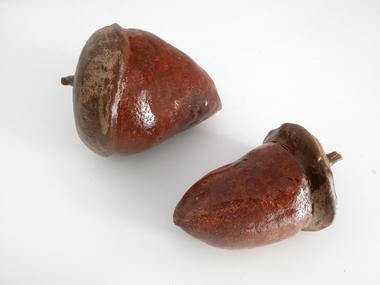 Field Notes
Sigrid McCabe’s stoneware sculptures are inspired by the natural environment in which she lives and works.  She explores that world through the prism of the animals’ experience, and sculpts figures that emote qualities through their gaze and gesture.

She earned both an MFA in sculpture from the University of North Carolina at Chapel Hill and an MS in Occupational Therapy from Columbia University. While living in New York from 1982-2006. McCabe exhibited at The Drawing Center, White Columns, Victoria Munroe and The New Museum, among others.  During this time, she also pursued teaching and research in gerontology and was published in the Journal of the American Geriatrics Society and featured in the New York Times for her work with the Columbia Cooperative Aging Program.

She now spends most of her time in her New Mexico High Desert Studio where her mythic gestural forms are further inspired through a dedicated yoga practice and being surrounded by nature and wildlife. Over the years her observation has intensified, witnessing the subtle effects of climate change as can be read her Field Notes. 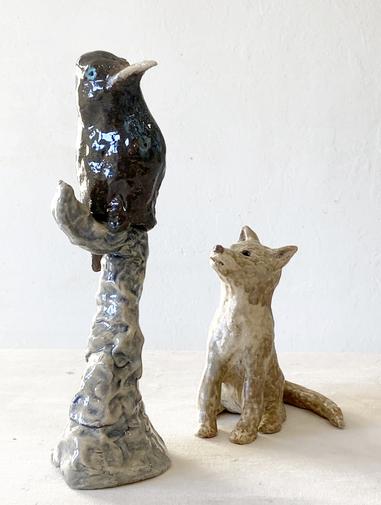