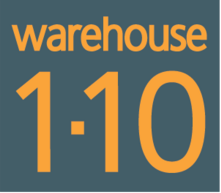 MICHAEL MIDEKE was born in 1943 in Seattle Washington. He received a BA from Antioch College in 1966. His photographs have been published in Shots Magazine, Pinhole Journal (including the entire contents of Vol. 21#1) and to accompany articles in various other publications. He completed his first film in 1962 and, except from 1990 through 1999, he’s been exploring cinematic media ever since.

He worked for 23 years as resident caretaker/manager of a remote wilderness property in the Santa Lucia mountains south of Big Sur, CA. During those years he worked initially in 16mm film, shifting to medium and large format still photography in the mid 1980s. During this period he became involved with radio geophysics, working on projects with Stanford University and NASA.

He moved to Hop Canyon, NM in 2001. In 2003 he completed the VLA Antenna Transport Video (now on view at the VLA Visitor Center.)

In New Mexico his photographs are on view at the Pie-O-Neer restaurant in Pietown. They have shown at the VLA Visitor Center and, to accompany drawings by Marsha Skinner, at the Harwood in Taos. Along with paintings by Estelle Roberge, his photos were on display at the Macey Center (Socorro NM) in the spring of 2012.